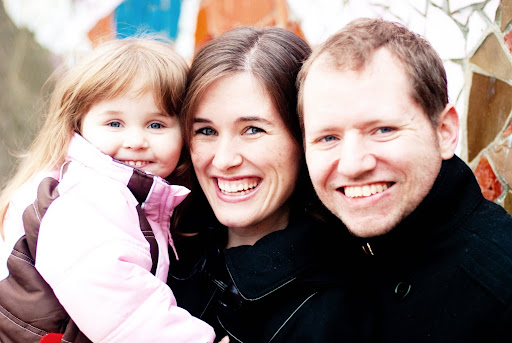 A day of photo-ing in Seattle after Thanksgiving 2010 – Family Picture by Carlybish.com

Well, the year 2010 is not exactly a year I want to repeat. So many different disappointing and frustrating events, while personally I have learned more than I asked for, and I am thankful for that, I would like to see 2011 be a year where dreams, promises, and new beginnings come alive. I find peace in the fact that through all of 2010’s tribulations, relationally, financially and spiritually I have witnessed and experienced , time and time again, God’s provision and, more importantly, His peace throughout.

So without further ado, I present you my 2010 list of observations, ideas, remarks, etc; basically everything I’ve wanted to say for a long time. Somethings are helpful, while some are not, they are just observations, some opinion, and as usual, not exactly fully baked ideas – if only I had time to write full discourses on my ideas!

LIFE: Well as one of my favorite movies puts it, life really is like a box of chocolates. However, I find that the labels on the chocolates at least work as a kind of guide, as do the stereotypical labels in life, I know, I’m not suppose to like the labels, however, stereotypes exist for a reason. In 2010 I learned that some of the common “warning labels” in life are well worth it, even if others around are seemingly OK ignoring them. We still don’t really know what we’re going to get, but at least we can expect to either have nuts or not.

MINISTRY: 2010 was an interesting year of transition for myself, and family. We went from being involved in 4 ministries, to zero. Watching people, grow as people, in Christ, and with one another is a huge gift. We had originally planned to be in Poland by the end of the year we took the opportunity to hand off and step out of ministry. However, as most of you know, our plans changed dramatically when my overseas employment opportunity fizzled away. At times I miss being involved, and I still check in and watch from a distance the people I have grown to love, and at the same time it has opened up the opportunity for Alexis and I to focus on us and minister to one another and Emma before skydiving into our Poland adventure.

CHURCH: Ministry, God, Life, Church – why write about each of these separately? Well, because they distinctly different aspects of Christian life – interdependent on each other. Each aspect cultivates the others in some way or another. Church is probably the most volatile factor of all, mostly, because it depends on imperfect humanity to actually be listening and obeying God. So, inherit to this condition, mistakes happen, and people either choose to put blame on the church or a leader in the Church. One of my biggest lessons for 2010 has been, God ordained the Church, he works through the Church, and he works through imperfect humanity.

Thus, I choose not to blame the Church, rather I am constantly reminded that all of the “bad” things I see, all the frustrations I feel, and all the negative things people say about “the Church” – is mostly the same as in the world – it’s just “worse” when it’s in the Church because the expectations are high – which is kind of strange considering we are all human, so the expectations should really be equal. God sees humanity all the same, every single one of us. So what’s the big deal? The big deal is this: when we choose to see God as who he really is, and not how the world sees Him, then the Church and the world become two completely different entities. This brings so much freedom, we are empowered to love the Church and the world as equals, and live freely! Because the Church is God’s, not humanity’s.

CULTURE: I have been challenged by the idea of “Kingdom” culture more in 2010 than any other year (maybe that’s the way it works, increasing each year). Living life according to “the kingdom of heaven is like…” can be, honestly, frustrating. We live in such a culture/world that does not honor the ways of the Kingdom, and most of the time, the “Church” doesn’t recognize it either, because, as I said above, the Church is made of humans, and we humans live in this world – we don’t, naturally, live in the Kingdom. We have to be intentional about living super-natural, kingdom culture lives. Contextualizing “our culture” and “kingdom culture” is not easy, and so many  people want to react and make it black and white, when really it’s extremely colorful and requires a patient response, not knee-jerk reactions. Above all, kingdom culture requires living by the identity God has given us.

GOD: Is the same. However, I am not. I’ve realized much more about God this year, including, the incredibly amazing ability He has to comfort, to provide, to supernaturally grant forgiveness when usually it would be “black and white” to the rest of the world to say “screw you”, and a whole lot more. I’m also enjoying Him much more as a “person”, and feeling His heart more often. So much to say about just these two points – let’s just say “give me his eyes” is only the beginning of humility, and in my opinion, the way it ought to be. If you haven’t read “Blue Like Jazz” – do so, now! That song, and that book combined, literally opened my eyes and mind to see people, circumstances, crisis, humanity, in a way which I know, from deep within my soul, is how God sees and feels, and desires us to see and feel as well.

FAMILY NEWS: Since this is already getting to be a very long post, I’ll bullet point this piece.

POLAND: Although our plans changed, the ultimate destination has not, and we will be fundraising (see next section) with hopes of moving to Krakow, Poland by the end of 2011. With that said, we are more excited than before, God has shown us many things in 2010 that will make our move to Poland far powerful than we could have imagined. One new thing on the horizon is that in July we hope to have a “reverse mission trip” with a Polish family we have come to adore and love. We will be fundraising for this, and arranging time for this couple to glean from church leaders, small groups, and other ministry times, so that they can have more tools to do ministry in Poland. The primary goal is to provide a relational support network for them, and connect them to people who can be praying, and also so people here in the States can meet and get to know who we will be working alongside when we move!

FUND RAISING: If we hadn’t attended a support-raising seminar at Foursquare Missions International headquarters in LA back in November, we would be telling you we have fund-raising fatigue! But, rather, by God’s grace, we have been renewed, and starting in January we will be kicking off a full blown fund-raising season. We know that what God has asked us to do is far too important to not ask people to partner in the ministry with us, support-raising is just as much a part of the ministry as is discipling in Poland. We also know that going with 100% of our budget is the only way, if we go with less, than our ministry will be less – sure, maybe more for God to do, and although we know he moves when we can not, we also know that God can move ahead and we can be 100% supported before we go. If you want to know more, simply visit our website at www.reachpolska.info, or to begin donating now (we need people NOW) click here.

MISSIONS: My idea of  what “Missions” is has been gradually evolving, and in 2010 I think it came to look something like this:

Matthew 28:18-20 [nlt]: 18 Jesus came and told his disciples, “I have been given all authority in heaven and on earth. 19 Therefore, go and make disciples of all the nations, baptizing them in the name of the Father and the Son and the Holy Spirit. 20 Teach these new disciples to obey all the commands I have given you. And be sure of this: I am with you always, even to the end of the age.”

Essentially, go, expose the truth of humanity and God, disciple the people there, baptize them with a clean and pure motive to seek God, all of God. And remember, Jesus is always with us, so fear not. I know this is “over simplification” – BELIEVE me there’s a lot to this that revolves around context, culture, family, etc, but hey, we need to start with the basics and allow God to move us.

TRAVEL: In 2010 we did some traveling, in January we took a three week trip to Poland, a trip with nothing more than to build up the relationships we already had in place. It was a great time of encouragement and laying the ground work for our move.

Then in July we went to the San Juan islands of Washington State for our four year anniversary, it was fantastic and included whale watching!

Lastly, I got the opportunity to be a part of, our friend, Aris’ wedding in Frankfurt, Germany, with that trip I took the opportunity to make a quick trip to visit friends in Nowy Targ, Poland as well – both parts of the trip were incredibly God-ordained!

FINAL THOUGHTS: I like to write, but I fight myself too much on how people might react or respond… I hope people respond rather than react. I hate having to remind people that what I write isn’t a full on discourse to argue a point, but rather, it’s usually a snippet of thought, or concern, to chew on. Anyway, I pray that 2011 is full of love, grace, forgiveness, and truly new beginnings for you and all around us. Remember, there will be a day with no more tears, no more pain, no more fears, and we will see Jesus face to face – the final redemption!