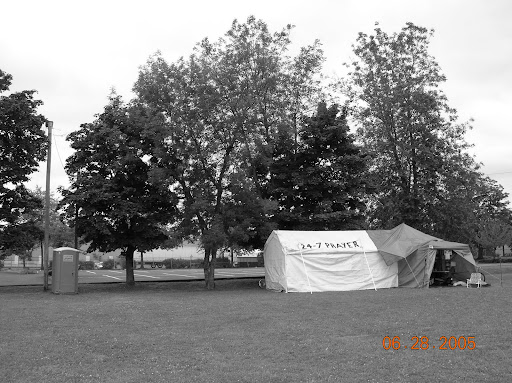 Back in October I had a very strange dream that I was going to share on here, and well, sadly, I’ve once again neglected this little space of the Internet that I own. So, without further ado I’ll give a play-by-play account of this dream.  Any dream interpreters out there?

Now either this first part was a completely separate dream, or just a strange seemingly unrelated beginning…. it starts out with me, my daughter, and my bride at my parents house with the rest of my mom’s family for some kind of holiday get together, suddenly my Grandma says she needs to take care of some animals, Alexis volunteers to help her, and they take off.

I get up and go, and am walking around with an ex-coworker (who at the time was a current coworker) at some kind of semi-festival, we watch watch as a group of pseudo military guys and girls in uniform do some kind of very rehearsed routine of choreographed exercises (like a cross between a high school color guard and dance team).  They stop and we realize the group just learned these routines an hour or so before, and it’s some kind of competition.

My coworker talks me into doing this, and so I volunteer for the next round (knowing there wasn’t much time until the next round starts), while changing into the uniform I run out of time, but I wasn’t told there was a time limit, or missed the memo, I get yelled at by a drill Sargent kind of guy in public, who continues to humiliate me while I frantically change back into my regular clothes. I’m upset and embarrassed, and frustrated at myself.

After quickly changing back into my own clothes we appear to located right next to some kind of cafeteria, in this cafeteria we run into Alexis (my bride), a friend of hers, and some other friend of my coworker. Also in the cafeteria is an old family member who Alexis and I haven’t had a lot of contact with due to some relational upheaval in recent years, this causes us to say our hellos and “miss ya” then be on our way.

We all (minus the old family member) decide to leave, and apparently the only way “out” is on a ferry boat, a passenger only ferry.  As we are waiting in line, Alexis and her friend are talking and having fun, not paying much attention (nor even really near me and the guys). I’m beginning to get sexually advanced on by my coworker (who, in no way, in real life ever even hinted at such a thing) and his friend (also male, but unknown to me) – they are serious about talking me into a threesome… immediately I think about stuff from my youth, and decide this isn’t going to happen again.

As the ferry approaches, we all begin to board, and I decide to run and get as far away from these guys as possible. As I run aboard the ship, I run for the bow (we boarded at the stern), turns out there’s a five-star restaurant at the front, and I must sit down NOW, or else by kicked out. So I sit down, soon I learn all the patrons are AIDS victims from all over the world (probably about 50 people).  I order a meal, eat it, then excuse myself and find my wife and her friend in another section of the boat, sit down and tell them about the AIDS victims, we pray (I don’t remember what the prayer was about), then I wake up.